Photo of the Oak Man, finally in place in Belper Memorial Gardens.

A Belper-based artist/sculptor, Fitz (William Fitzgerald), has been commissioned to produce a sculpture to commemorate the life of Trevor Hodgkison FRSA, a fellow artist, who lived and worked in Belper for over 50 years. The Oak Man is going to be mounted in position high up in a tree in Belper Memorial Gardens on Wednesday 23rd April 2014

Taking his inspiration from the idea of the Green Man, Fitz has produced the Oak Man, the serene face of a man wearing a helmet of oak leaves, cast in bronze, that Belper Town Council has kindly granted permission to be situated in the Memorial Gardens at the top of King Street. Fitz has chosen a tranquil spot high up on a tree, so that the Oak Man can look down at both the War Memorial and the passers-by on the main shopping street.

ON THE EVE OF THE BATTLE OF THE SOMME ANNIVERSARY

After three years of fundraising Andy Mayer's sculpture / memorial 'Sacrifice' was unveiled at 1:30pm on 30 June in Belper's Memorial Gardens.

On the 1st July 1916, the first day of the Battle Of The Somme, fourteen men from Belper died, almost all within the first thirty minutes as machine gun fire cut them down as they left the trenches.

On 1st July 2016 a centenary commemoration, entitled The Fourteen, closed with the revelation of a back drop, designed by Andy Mayers, that depicted the face of Lance Corporal Jim Green. The public response to the piece was such that work began on a permanent installation.

Three years later Belper In Wartime have raised the funding required to manufacture and install 'Sacrifice'. Many individuals donated cash, bought T-shirts and trench cake, attended events and talks. Grants came from Belper Town Council, CAMRA and Belper & Duffield Rotary Club. The 'Sacrifice' fund was topped up with a sell out concert, 'One Day', featuring the musical legends John Tams and Barry Coope.

“We were trying to find a piece of symbolistic stage craft that would build up piece by piece through the show,” said Larry Waller, the Director of the 2016 commemoration, 'The Fourteen'. “The idea was a physical construction that would grow a little each time. After our discussion Andy went off into the dark unknown of the artists creative space and two weeks later had a prototype. It was fantastic and really supported the narrative of that show. I still have goosebumps when I recall the reveal at the end of the play when what has become 'Sacrifice' came to life as the deep red lights shone through from behind revealing the face that we all see now in the beautiful, haunting and reverent work.'

Belper artist Andy Mayers works in a variety of media; traditional drawing and painting as well as utilising digital techniques. His current work includes portraits and local views illustrating Derbyshire's industrial heritage. His working styles and ideas are constantly evolving and Andy enjoys experimenting and developing techniques to add a fresh perspective to his work. He is also a talented videographer and graphic designer.

Musicians John Tams and Barry Coope recently commissioned Andy to photograph them for promotional work related to the 'One Day' concert in Belper.

The backdrop for 'The Fourteen' was Andy's first foray into set design. Since then he has worked on the plays 'Hamp' and 'Bloody Mary'. He has been commissioned to produce a series of films relating to the 200th birthday of Florence Nightingale.

Andy has been involved in all aspects of the manufacture of 'Sacrifice'. He has worked closely with Britons Fabrications and has observed the processes involved first hand.

The Unveiling Of Sacrifice will feature a song, 'In One Hundred Years', which featured in the 2014 commemoration 'We'll Be Home For Christmas'. Written by Belper's Mat Williams, he will perform the song with Belper Musical Theatre. Derby's Paddy Stafford will be joined by Belper Junior Musical Theatre to sing 'Only Remembered', a song associated with Barry Coope, John Tams & 'Warhorse'.

However, the installation of 'Sacrifice' in the Memorial Gardens is not the end. Andy Mayers, along with the Belper In Wartime group, are continuing the fund raising in order to develop educational packages for students and tourists. This will include the opportunity to see and hear members of The Fourteen through smart phones and tablets as well as the traitional information boards. 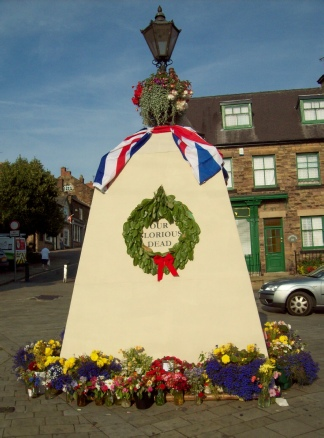 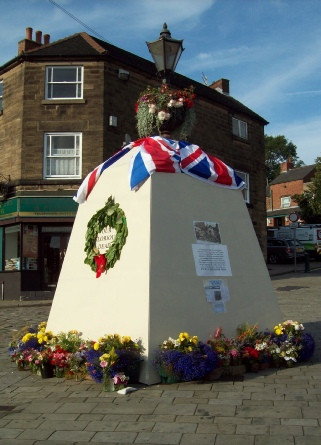 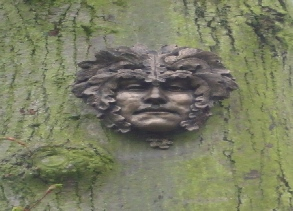 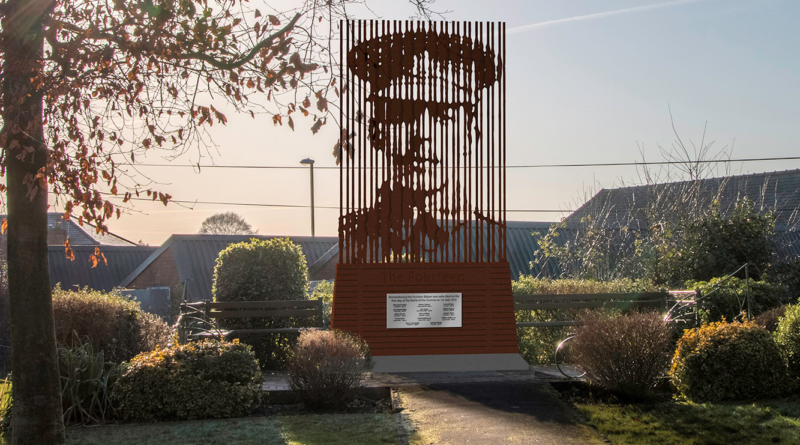